A new cultural, creative, and economic anchor for Dayton, Ohio

The Main Library is the flagship of the DML system, a new downtown landmark and community destination at the intersection of Dayton’s commercial core and cultural district.

The new 136,000 square foot, three-story library is a gut rehab and expansion of an existing mid-century structure. It fully integrates into its downtown context and embraces the park behind with a stunning atrium that is criss-crossed by bridges that provide places of engagement and collaboration. Group 4 designed a 76,000 SF, three-story addition and new parking structure that connect seamlessly to the original mid-century modern 66,000 SF library building.

Inspired by dokk1 in Aarhus, Denmark, the Dayton Main Library has two “Opportunity Spaces” where staff beta test initiatives and host partner organizations in prominent locations with maximum exposure. One space is for clean, technology-rich opportunities like exhibitions, research projects, and robotics. The other is equipped for creative opportunities such as fine and culinary arts. These spaces ensure a high rate of change and evolution in the library, which is never the same place twice.

Other features of the Main Library include more than 30 spaces for study and collaboration, ranging in capacity from 4 to 400. The black box theater and multi-configurable forum support creative and performing arts as well as large library and community programs.
The revitalized and expanded library opened in 2017 to enthusiastic community response. Within the first months of its re-opening, the library had already hosted several weddings as well as community fundraising events. 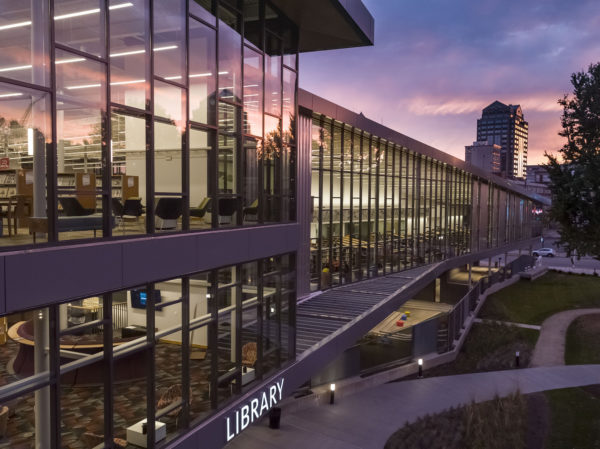 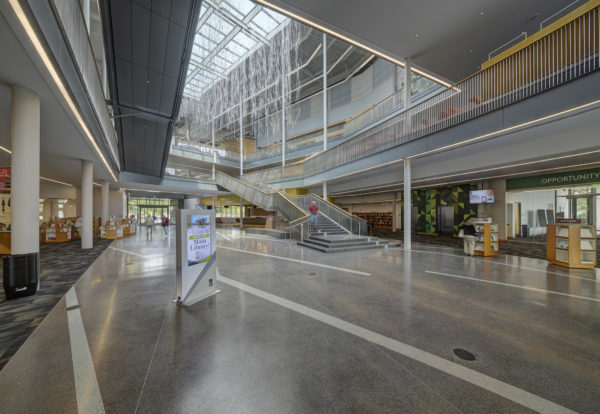 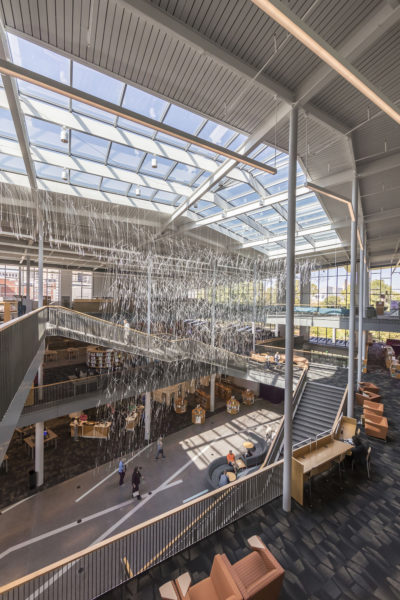 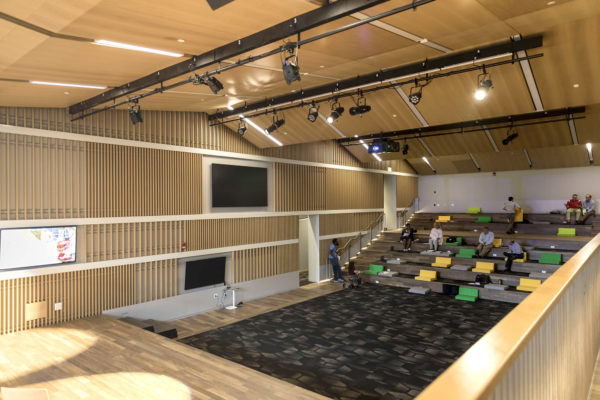 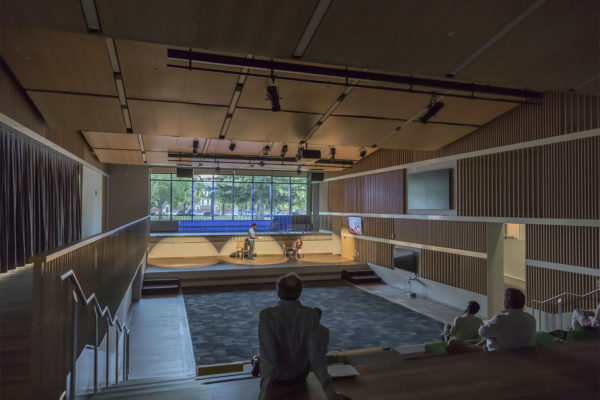 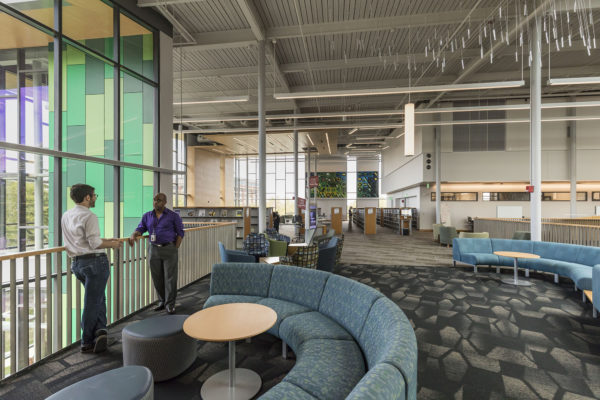 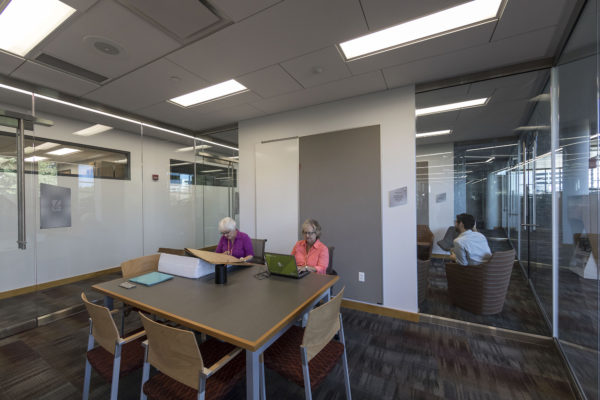 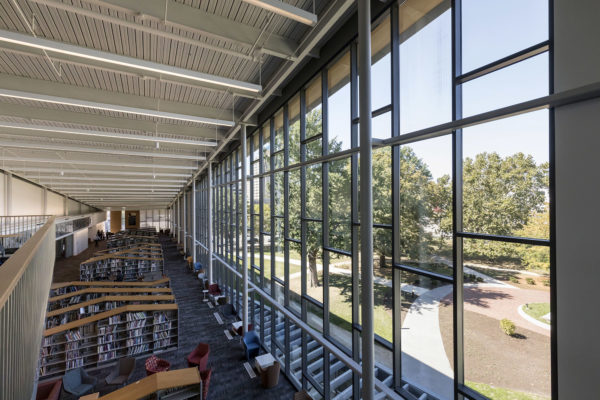 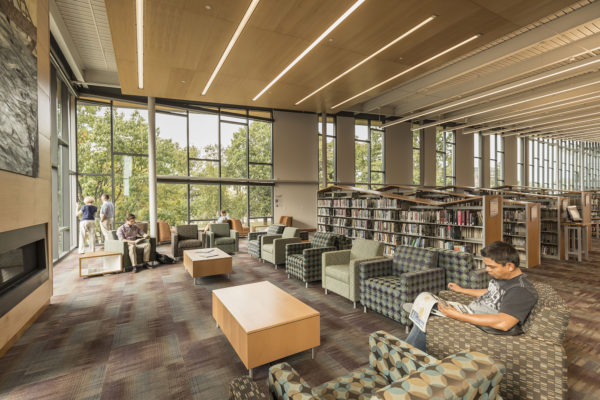 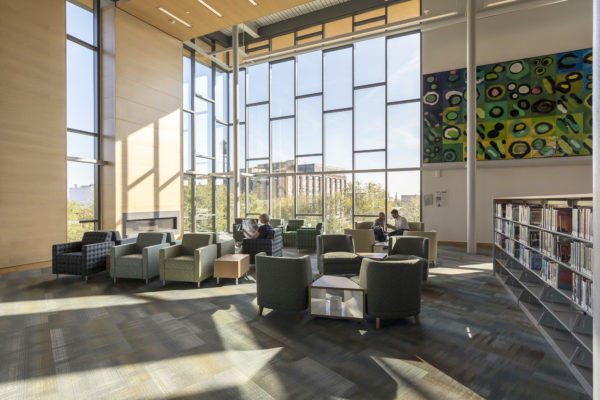 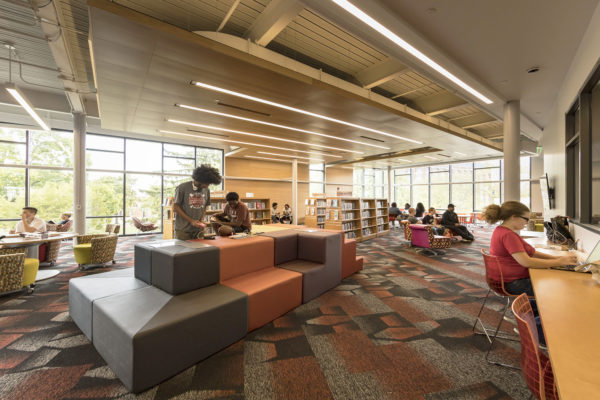 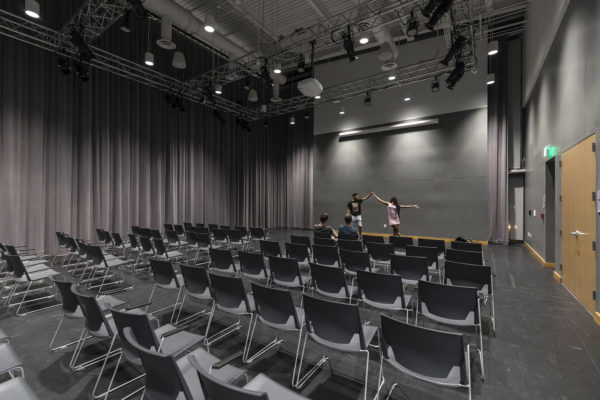 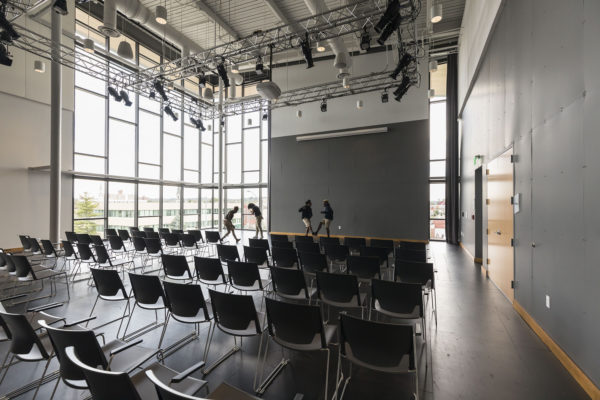 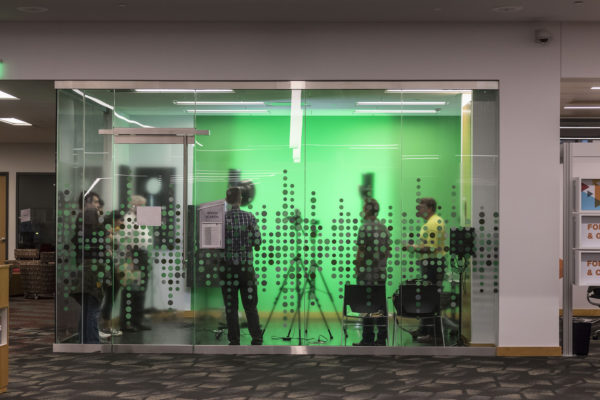 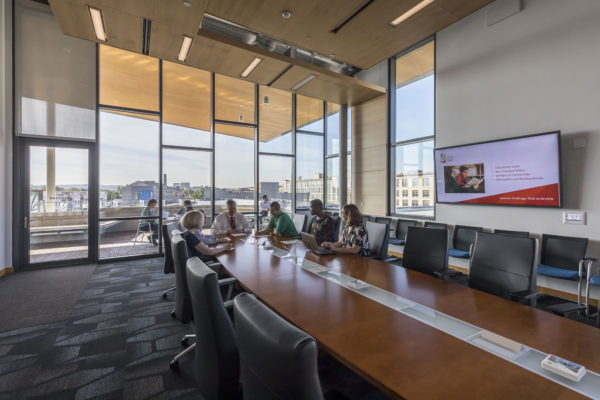 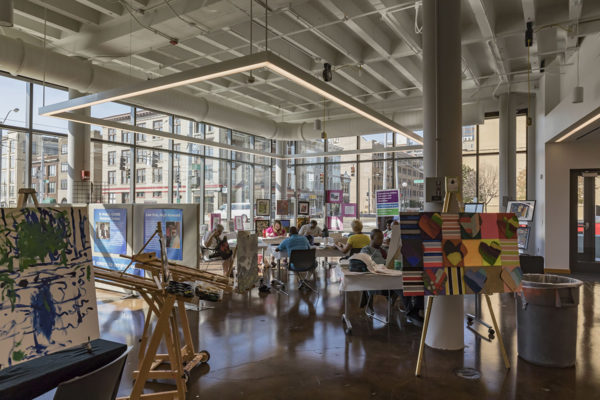 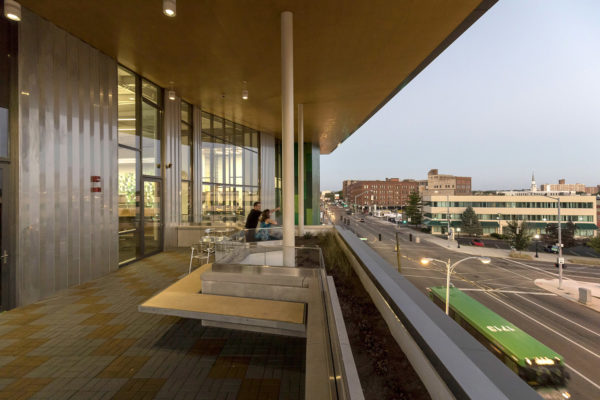 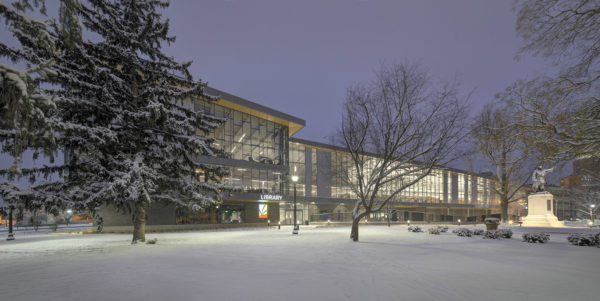 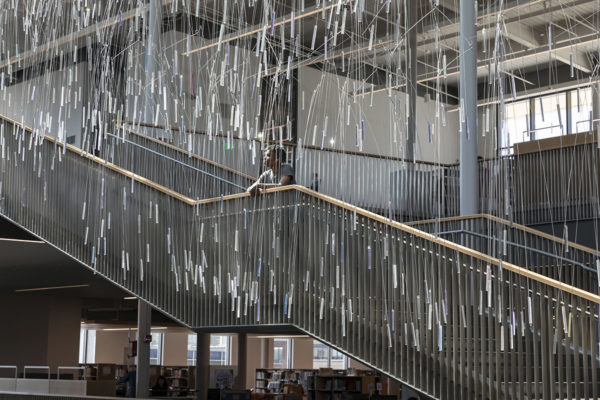